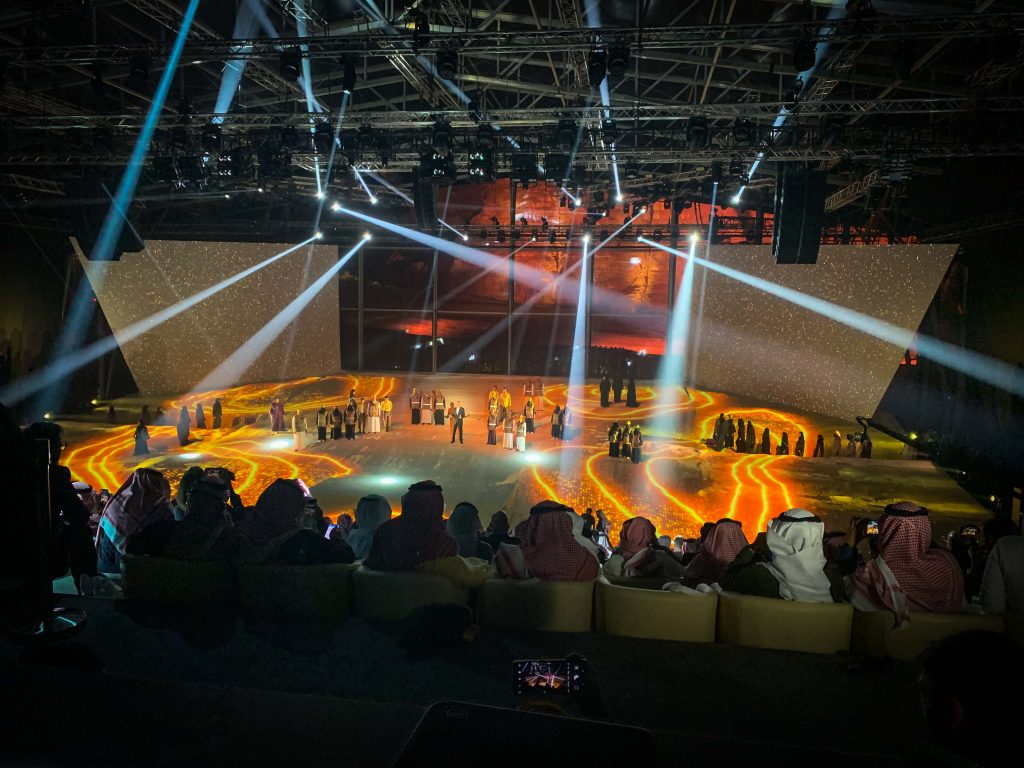 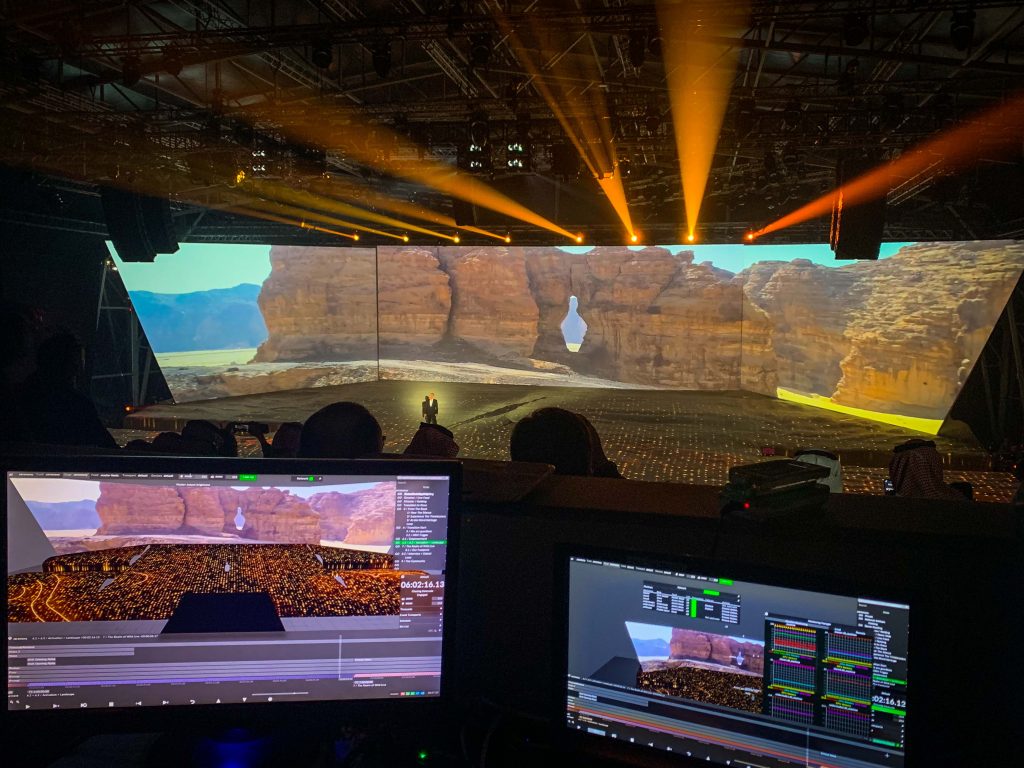 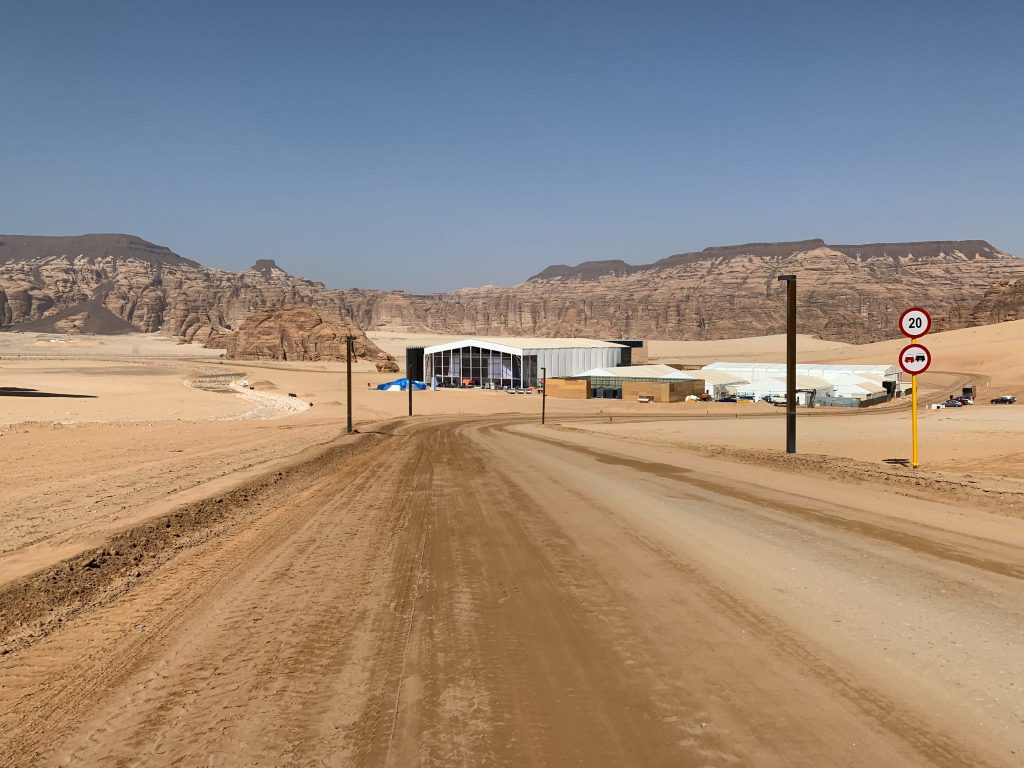 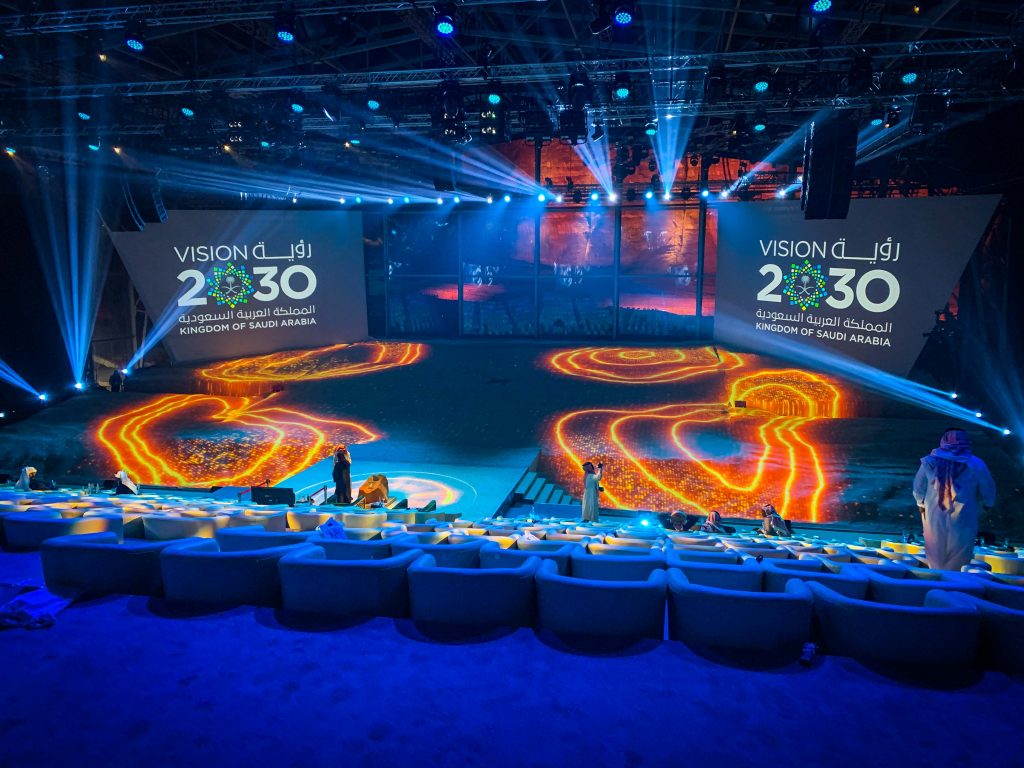 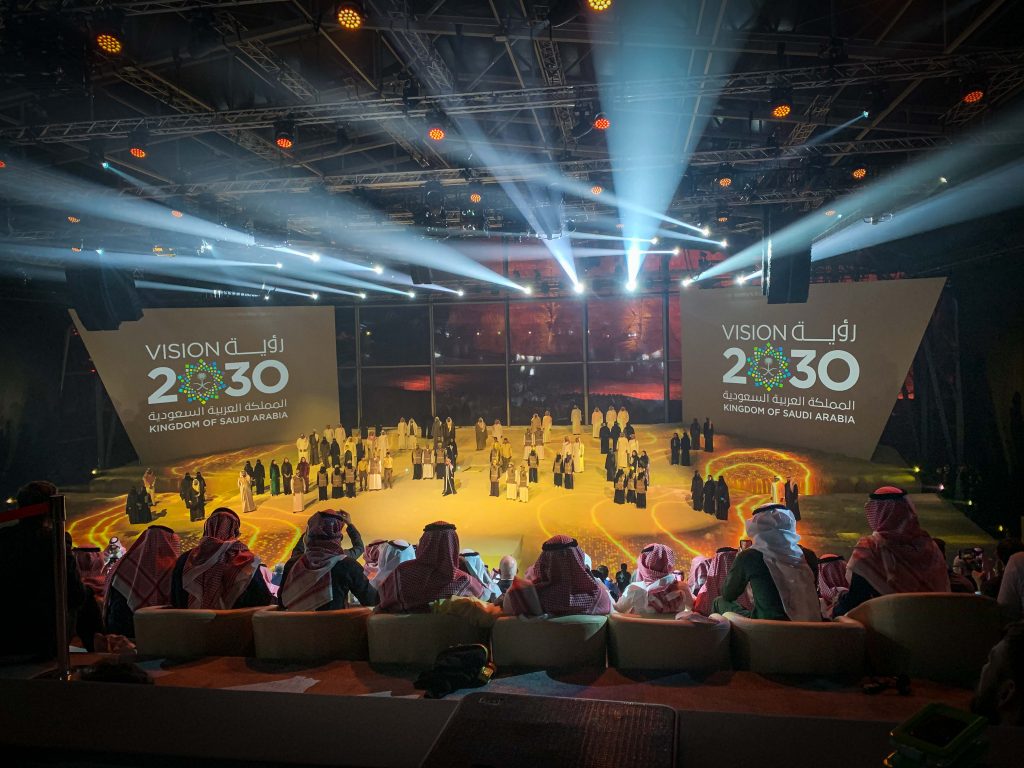 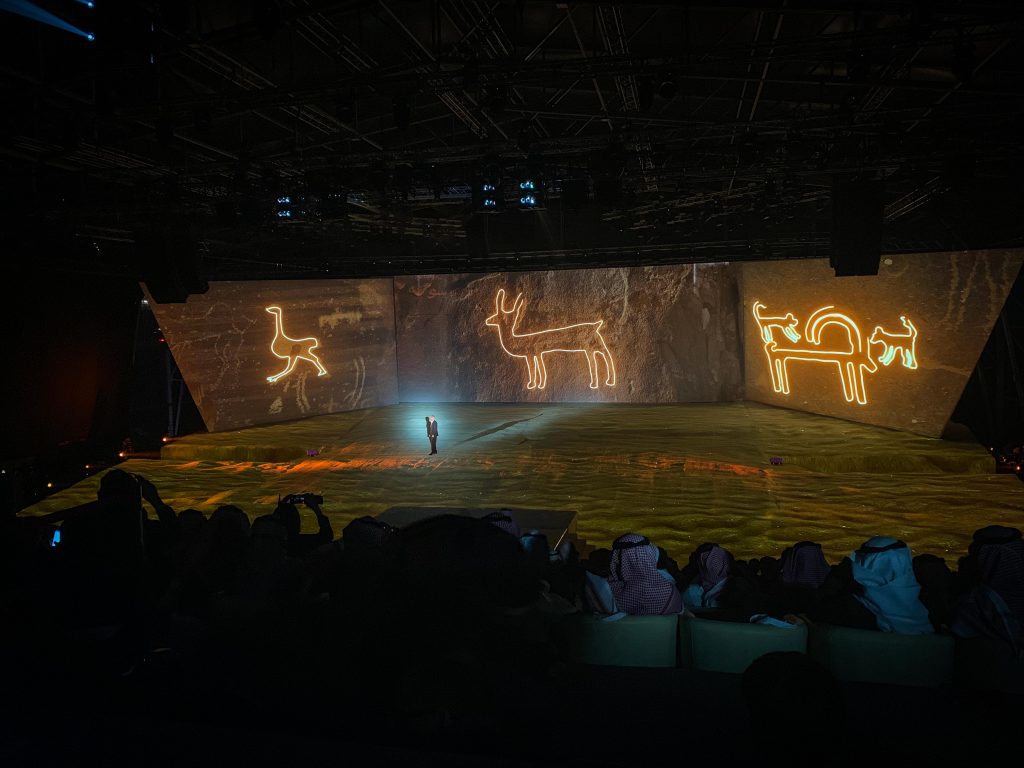 Working as part of the team at Lucid Technologies, I flew out to Al-ʿUla, Saudi Arabia to work alongside a team delivering a projection mapped show for dignitaries such as the crown prince of Saudi Arabia. Working with consulting firm, Black Engineering and technicians from MediaPro, myself and one other from Lucid Technologies oversaw the technical implementation using 5 Disguise Pro Media Servers with full redundancy feeding to 30 x 21k Panasonic projectors.

My responsibilities while there was to look after the technical infrastructure for the 5 servers, including matrix routing and networking. Furthermore to this I worked with the other technicians and operators to line up the projectors across the projected surface, some of which was designed to mimic a sand dune to give a single canvas across the floor with screens at the rear which included a kabuki drop.