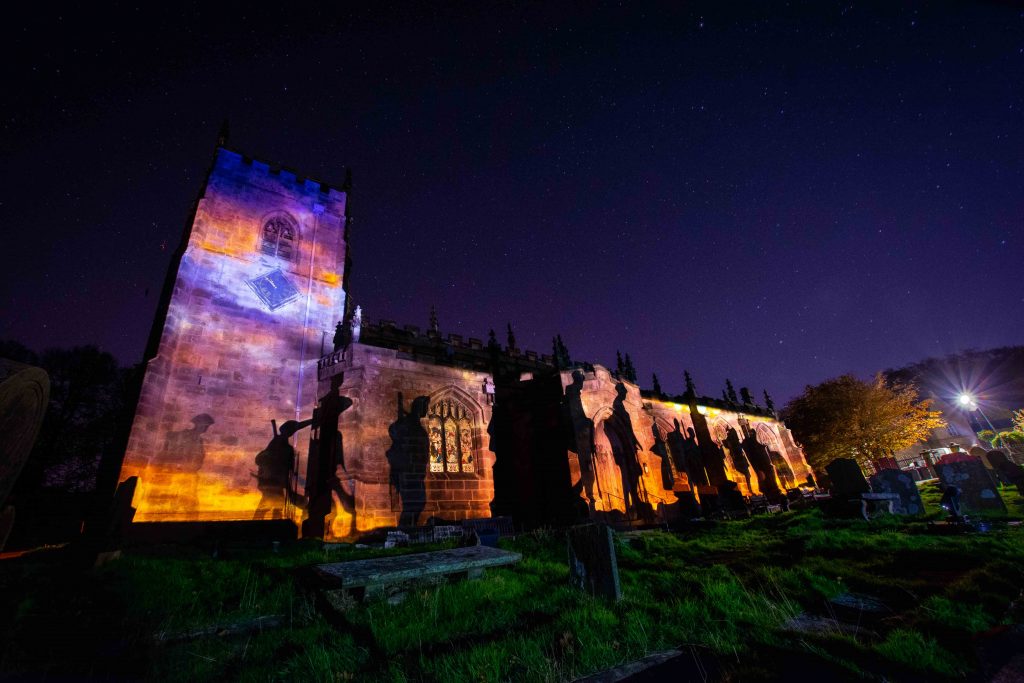 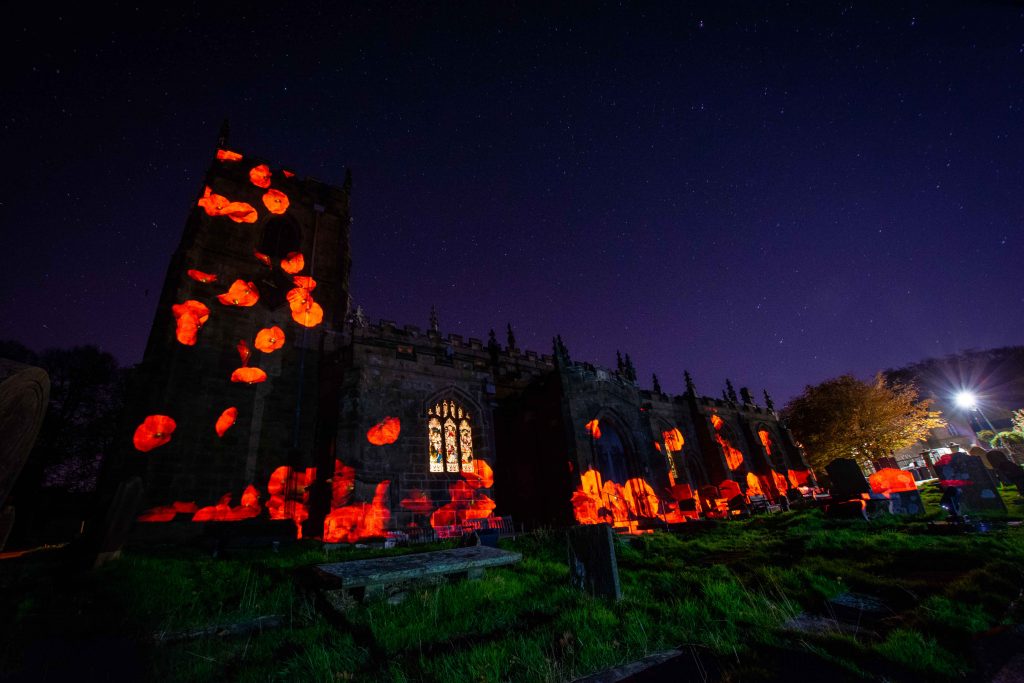 Working as part of the team at Lucid Technologies, I was tasked with looking after a project projection mapping onto a church in High Bradfield just outside Sheffield. The projection was part of ‘Poppy Memorial Trail’ event organized by Pink Dot Inc, which was to commemorate the 100th anniversary of Remembrance Day, the money raised went towards Help for Heroes and the Royal British Legion as well as St. Nicholas’ church.

The projections took place on 2 separate nights, 2 weeks apart as part of the various activities taking place over that time. My responsibilities with this project included arranging transport, procuring equipment and scheduling the setup and break down of the equipment for both shows, as well as co-ordinating Pink Dot Inc and content creators.

See video below produced by Lucid Technologies of the projections taking place.